Today is my birthday.  My birthday was 111 days ago.  Some time back, I discovered that some Triple Threads cards are serial numbered 8/18 (my birthday).  I actually posted some of them on my birthday last year.  The rest of 2014 and throughout this year, I slowly added to the 8/18 collection so I could write this big post to celebrate my birthday again.  Those of you that still read my very spotty posts know that all this life stuff got in the way.  I decided it was time to finish this post and get it off the "to do" list.

Before we get started, I do want more of these so if you have any 8/18 cards, let me know. 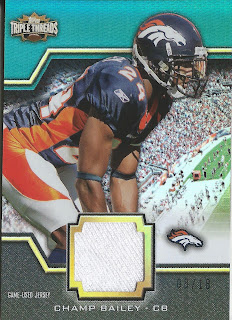 I'll take any 8/18 card for the collection.  Football too.  That's how I ended up with this 2011 Champ Bailey.  It's a bland white swatch, but when it's the numbering you're after, you can't be choosy. 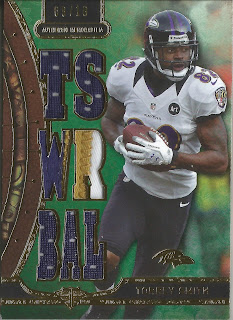 I like these next few football Triple Threads cards better.  This 2013 Torrey Smith has a nice strip of gold stitching in the WR. 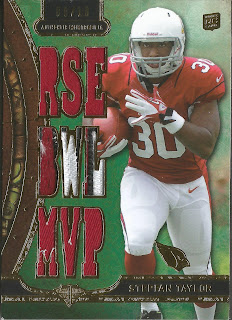 This 2013 Stepfan Taylor was really cheap.   That's about all I have to say about that. 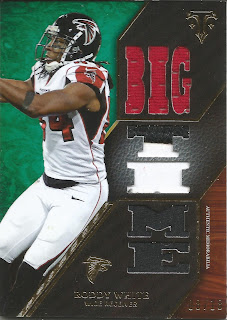 This is by far the best of the football 8/18 cards I have.  I like the different pieces in the BIG TIME from Roddy White. 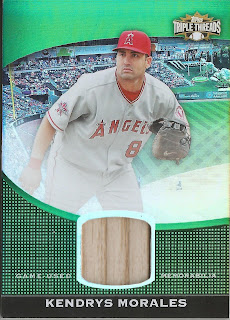 Now we move on to the baseball cards.  First up is a bat piece, or more likely a piece of a bar stool that never saw the light of day in the same room as a major leaguer.  The card is Kendrys Morales from 2011. 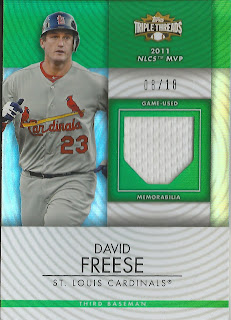 The only way I'd ever, ever and I mean EVER, have a David Freese card in my collection is this 2012 Triple Threads card.  I feel dirty just typing that. 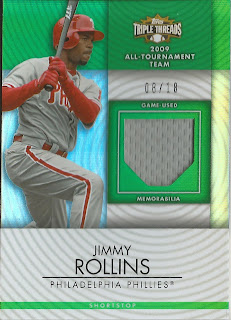 Here's a little 2012 J-Roll action for you.  I do like that you can really see the 8/18 on these.  Some of the designs make reading the numbering difficult.  I actually bought a Mike Napoli that was listed as 8/18, but was actually 9/18.  I know, that's a real First World Problem. 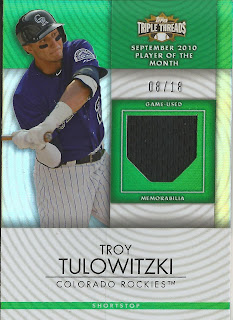 This is pre-Blue Jay Tulo. 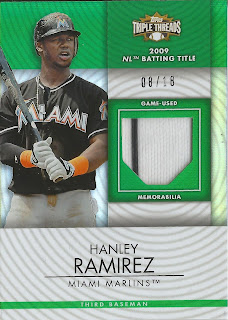 OMG!  An actual pinstripe!!!  But the numbering is right. 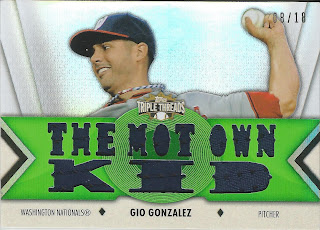 Here's a little MOTOWN KID action, courtesy of Gio Gonzalez.  This is also a 2012 card. 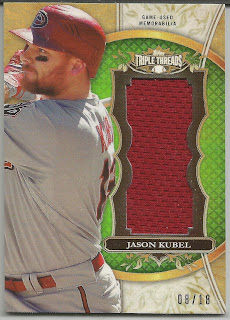 Jason Kubel is boring, but I do like the colorful swatch of the couch cover jersey. 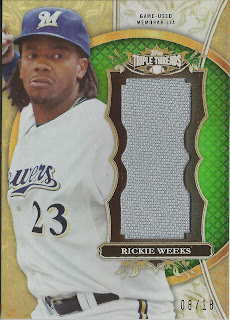 You'll notice that most of these guys aren't superstars.  There are a lot of 8/18 cards available that I just can't afford.  These were generally the cheaper ones. Sorry Rickie, I didn't mean to imply that you're cheap.  Just less expensive. 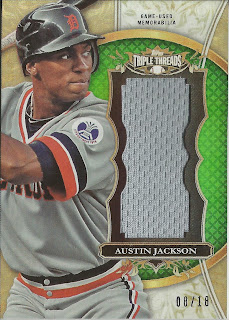 I'm not even sure who Austin Jackson plays for now. 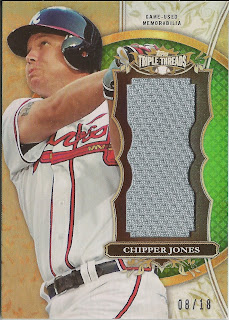 Not all of my 8/18 cards are scrubs.  We have some HOF quality right here. 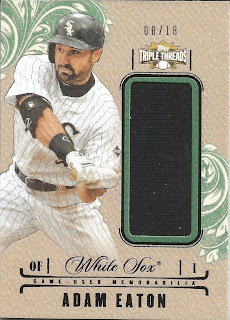 I don't really like the design of these 2014 Triple Threads cards.  I think its the paisley tie affect from the swirlies. 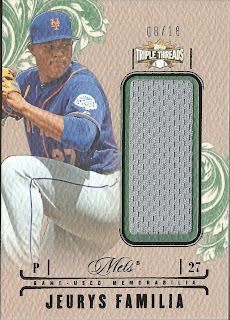 I think this guy might have been a big deal in the playoffs.

Now we get to the Rangers portion of the post.  I love this 2009 card because it has my favorite Ranger on it.  Oh, and Hamilton and Kinsler. 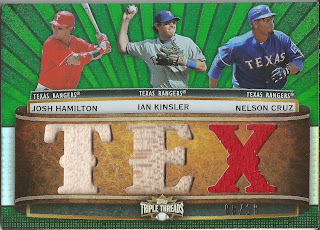 Three Two former Rangers.  I do like that the card has three different pieces in it.  I always wonder if they actually use pieces from three different players.  This is from 2011 by the way. 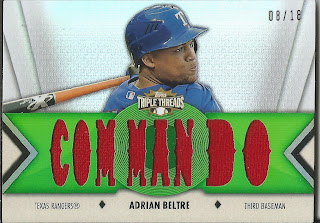 2013 Ian Kinsler.  Does BOOTSY refer to his errors? 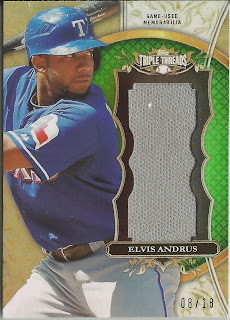 Elvis Andrus.  Might be a former Ranger before long. 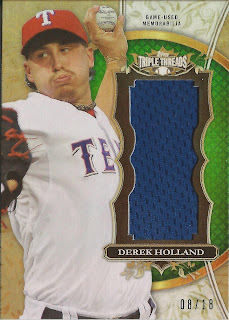 My favorite current Ranger.  With the 'stache.  Love the blue swatch. 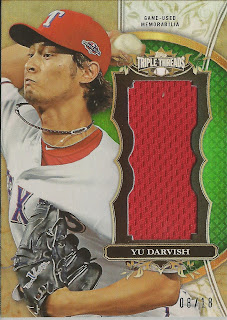 Will Yu Darvish ever be the same?  We need him and Derek to come back strong in 2016. 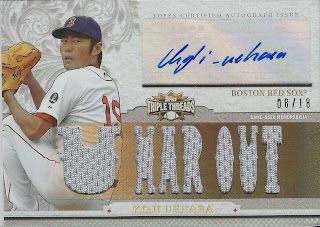 I saved the one auto'd version of an 8/18 card for the end.  Andrew from Tomahawk Chop pulled this and agreed to trade it to me for a similar card. I obliged and we were both happy.

So there you have it.  I know the writing wasn't great, but at this point, I'm happy to have a post up for you to read.  In case I'm not back before the end of the year, have a blessed Christmas and a very safe and happy New Year!
Posted by Play at the Plate at 12:48 PM 8 comments: