And then there were two

Where can you go and find box breaks, a prize closet and even a good old fashioned sale?  Just a Bit Outside, that's where.   Kyle is constantly working with different box break ideas.  He somehow manages to track trades, comments and box breaks and award points that give you a shot at goodies from the "closet".  He'll offer up extras from lots he buys for cheap.

I took advantage of all three of these to add some Rangers to my collection.  JABO's 13th box break netted me some cool stuff. 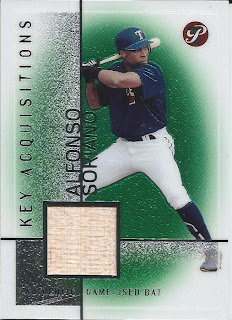 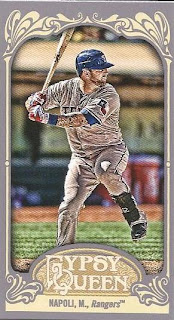 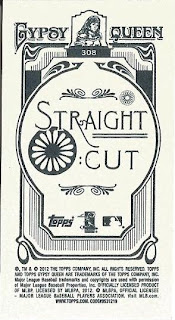 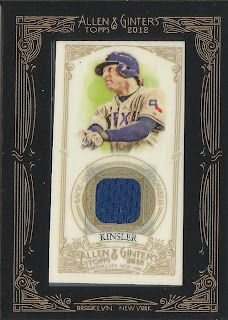 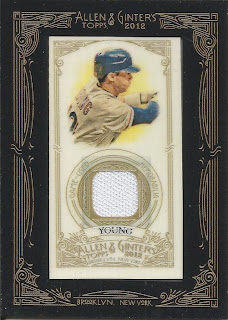 The much maligned of late Michael Young jersey relic.

I think when I picked these next two cards from the prize closet, I was the leader on the point tote board.  Well, not anymore. 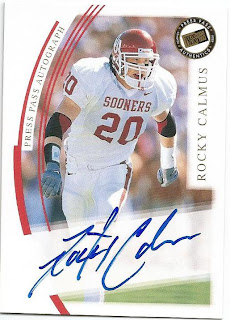 I picked up this Rocky Calmus auto for a certain Sooner collector I know. 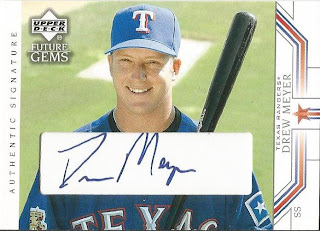 I also added a 2002 UD Drew Meyer auto that I didn't have.  And to think, those were just free.  Kudos to JABO for the prize closet idea, but man o' man, I can't even keep my collection organized.  I'd be lost trying to keep track of all those points.

JABO's 12th box break was two boxes of 2012 Finest.  I never, and I mean never, buy Finest, so the chance to get in on a break was perfect for me. 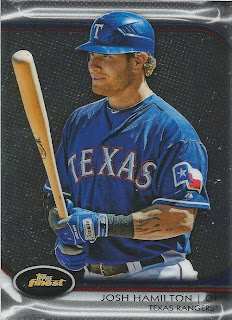 I got one base Josh Hamilton. 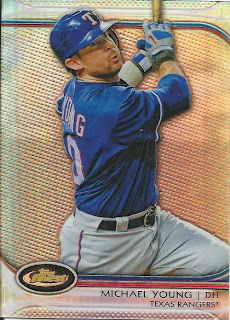 I also got a couple base Michael Young's and this refractor. 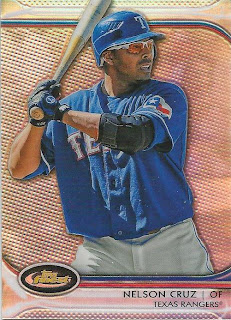 I think there were 4 or 5 base Nelson Cruz's, but at least one was a refractor.

Now many of you remember I pulled this card out of a A&G rack pack not long ago. 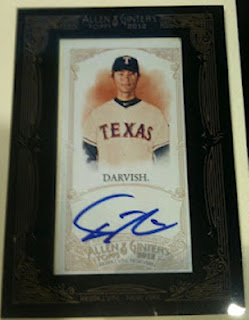 It was the best card I've ever pulled.  Having a Yu Darvish auto was something I figured would just be out of the realm of possibility.  When Kyle posted the contents of the Finest break, I was shocked to see the following card. 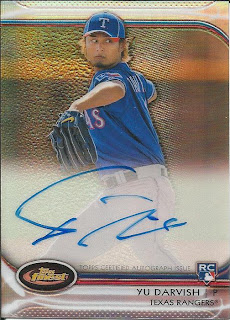 I think the rest of me is going to win this battle.