Having fun at work!

I'm working a double shift, but we have a television in the office so I have the Rangers game on and it is great!

It's the bottom of the 4th inning and 8 straight Rangers have reached base against former Ranger Tommy Hunter, now of the Orioles.  Adrian Beltre hit his 2nd homerun of the game earlier in the inning and then... 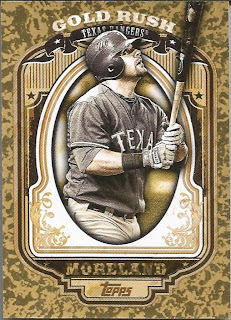 Mitch Moreland hit his first career grand slam!  It was actually the second grand slam of his career, but the first one got washed out due a game with Oakland being rained out before it was official.

Way to go Rangers....you made the first part of this 16 hours a little more bearable.
Posted by Play at the Plate at 8:16 PM