Color me a Winner!

Jeremy from No One's Going to Read This Blog held a contest last month. All you had to do to enter was tell a favorite collecting memory. That was easy enough. The best part was that he was going to give 5 "winners" a sketch card. That's my kind of prize. When it was all over, Jeremy had 7 entries in the contest and just awarded everyone a sketch card. Those are good odds.

Jeremy sent over a whole box of cards along with the sketch card he made for me.

There were 3 unopened football packs. These were all new to me. 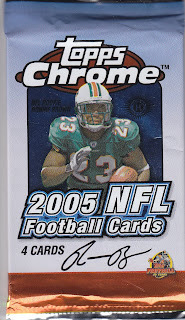 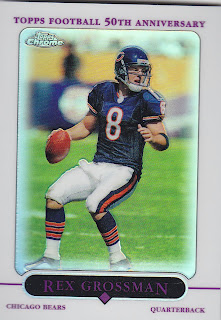 The best card in the Chrome pack was this Rex Grossman refractor. 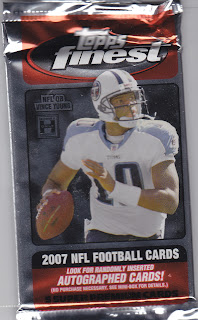 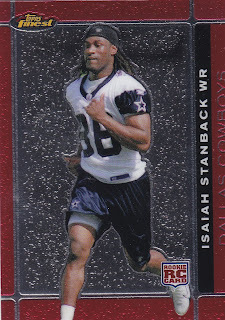 I got a Cowboy, Isaiah Stanback. It wasn't the only rookie. Anthony Gonzalez was tucked in there too. 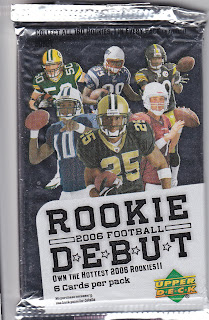 You might think I forgot to scan any of these when in fact, I didn't scan any on purpose. I was sure hoping to get an OU player or two to send back to Jeremy.

Of course, Jeremy sent over some Rangers as well. 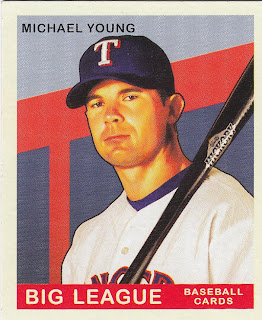 A very nice 2007 Goudey Michael Young. He looks so serious. 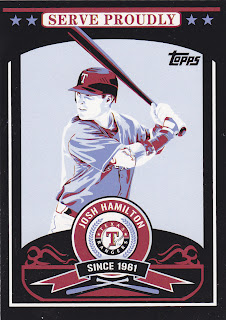 Here is one of my favorite inserts from 2009. It's a Josh Hamilton Victory insert. You can get these limited edition poster prints and I've seen the full size of the Hamilton. It would look nice in my office.

Jeremy also sent over 85 cards from my 2008 Allen & Ginter wantlist.

Now for the big prize. Jeremy asked for some ideas of players we would want a sketch card of and one of the players I suggested was Michael Young.
This is the beauty that Jeremy sent over. 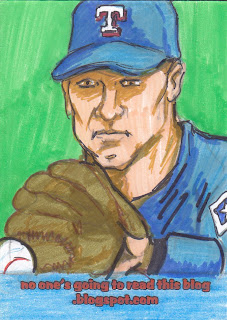 I am constantly amazed by the talents of some of my fellow bloggers. I couldn't draw a stick figure, much less something this incredible. 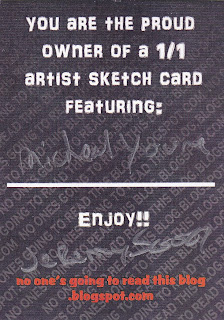 Jeremy even signed the back and he's right about one thing. I am proud to own this card.

Jeremy, thanks so much for sharing your art with me. This card will occupy a special place in my collection from now on.
Posted by Play at the Plate at 7:45 AM