Have I ever told you how much I like catchers?
I have? Good. Something happened last night that made me wonder how well some of my favorite catchers did in their Major League debuts. You know what that means...that's right, let's have a look. 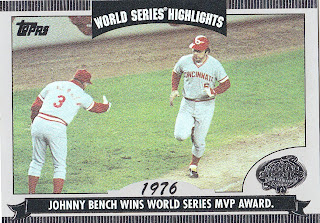 The great Johnny Bench debuted on August 28, 1967. He went 0-3 as the Reds lost to the Phillies, 3-2. Certainly not a sign of things to come from arguably the best hitting paint salesman in history. 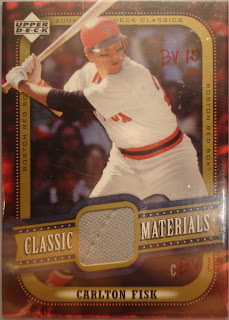 The original "Pudge", Carlton Fisk, debuted on September 18, 1969. He went 0-4 and provided no help as the Red Sox were defeated 6-4 by the Baltimore Orioles. 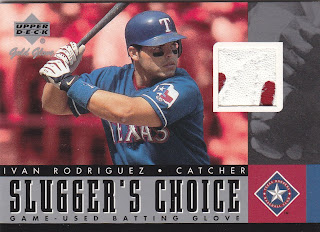 The "Pudge" I'm more familiar with, Ivan Rodriguez, debuted on June 20, 1991. Unlike Bench or Fisk, he managed to provide a little offense to his team. He went 1-4 with 2 RBIs in a 7-3 Ranger victory over the Chicago White Sox. 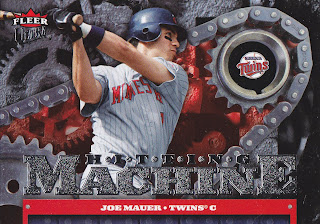 My current favorite Major League catcher, Joe Mauer, had the best debut of these 4 guys. His first game came on April 5, 2004. The "Hitting Machine" went 2-3 with 2 singles, 2 walks and 2 runs scored as the Twins beat the Indians 7-4.

Last, but certainly not least (in my eyes anyway), we have this young player. 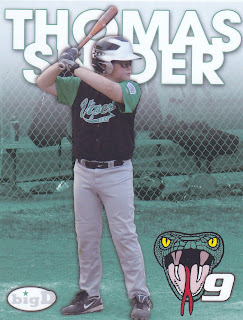 Last night, my son made his debut at catcher. Technically, it wasn't his playing debut, but it was his first time to play catcher. I'm not just bragging (ok, a little bragging), but he was great. He caught almost every catchable pitch. He made three throws on attempted steals, two to 2nd base and one to 3rd base. All three throws were on the money even though he didn't throw anyone out. No other regular catcher on the team has made throws that consistently. He had a good night at the plate too. He went 1-1 with a single up the middle, a walk, 1 RBI, 2 runs scored and 3 stolen bases. Yes, they were of the Little League variety, but it still counts. The coach was so impressed by his catching that he got the game ball after the game. He was trying to play it cool, but he was pretty excited.