Another visit to the former owner of my local card shop

I finally made it back to the home of my former local card shop owner.  I've mentioned him a number of times recently because he invited me to come by his house and do some "shopping".  I've been to his house and spent enough time talking baseball with him that I really do consider him a friend now.

Back in November, I held a contest promising the winner some cards from one of my trips and the winner was Sarah, who actually turned out to be Josh from Royals and Randoms.  He entered the contest while logged in as his wife.  Silly Royals fan.

Anway, due to some health issues for my friend, we had to postpone my next visit for what turned out to be 5 weeks.  A couple of days ago, I put up a tease post about what I bought. 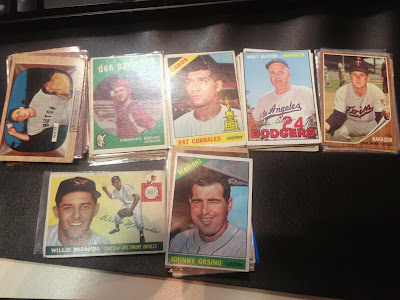 I did pick up a few Royals for Josh (which I'll be mailing out AFTER Christmas) and I picked out 18 cards for myself.  I know what you're thinking.  That's way more than 18 cards.  You're right.  I'll explain at the end of this post. 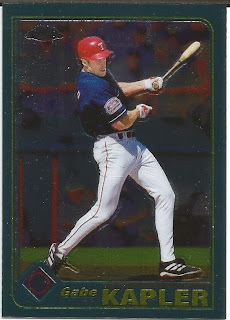 It seems that my friend had been busy picking out Rangers for me.  He had about 4 800 count boxes full of Rangers for me to sort through.  Unfortunately I didn't have my printed want list so I just picked up 5 Topps Chrome cards. 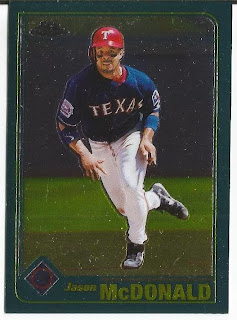 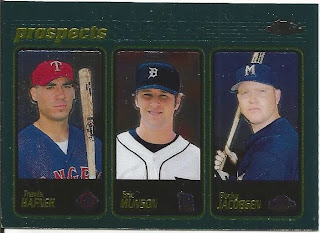 Travis Hafner was going to be huge in Texas.  Hafner was traded along with Aaron Myette to the Indians for Einar Diaz and Ryan Drese.  Hmm, that didn't work out too well. 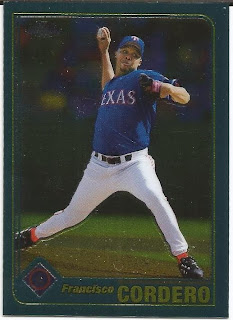 I picked up Francisco Cordero and his twin. 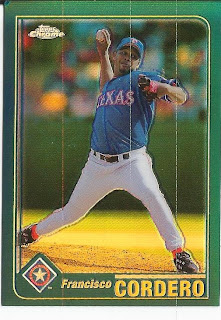 By twin I mean this refractor version.  Those lines are NOT on the card.  My scanner was having some kind of schizophrenia the day I scanned these cards.  You'll see those funky lines across a number of the cards for this post, but none of them have lines in "real life".

That was the extent of the "new cards" I purchased.

I told him that I was looking to add to my 1956 Topps set and he pulled out 4 binders of vintage cards that he'd recently picked up when he bought a big collection.  There weren't any 1956 Topps in the binders so I decided to just pick out any Senators or catchers I could find (still without my want list by the way). 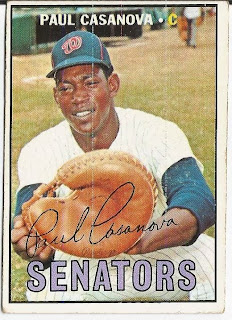 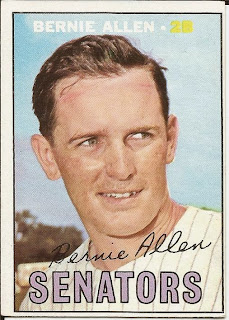 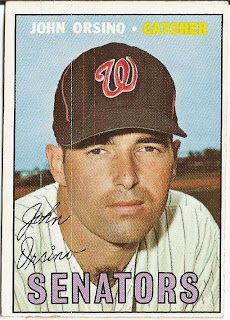 There were 7 1966 Senators and one bonus catcher. 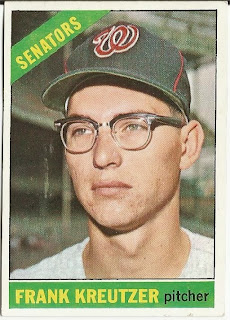 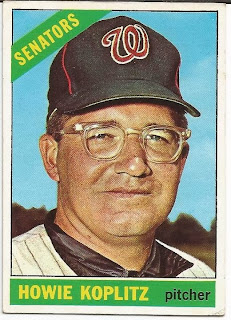 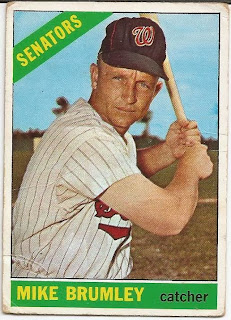 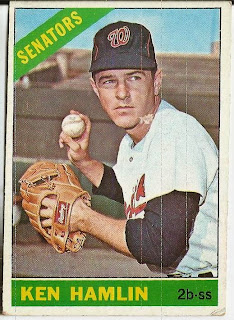 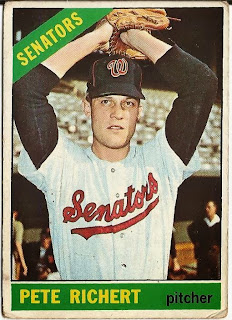 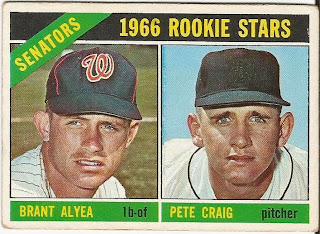 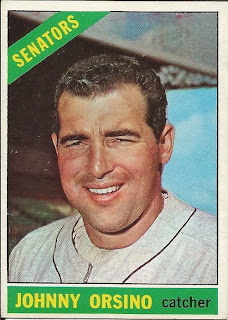 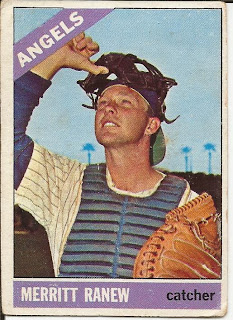 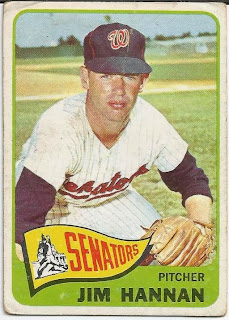 How about a nice 1955 Bowman catcher. 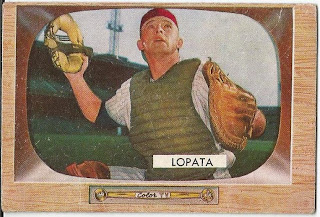 That Stan Lopata is a beauty.

That's all the cards I picked out.  18 cards.  Anyone care to guess what he charged me for those?

That's when he said he had a stack of cards for me and would I give him X number of dollars for it.  He said it was a bunch of old catchers and other cards he thought I would like.

He barely charges anything for the cards I get so I knew I would be coming out way ahead so I said I would do it.  I handed him the money and he started thanking me for coming to look through cards with him.  He's almost 70 and said it reminds of him of the days when he had his shop and guys would come in and spend hours looking through cards and talking baseball with him.  I told him I should be thanking him because of the great deals, but also because I had so enjoyed the hours we had spent looking through boxes and boxes of cards.  He has plenty of family, but they don't share the same passion for cards that he does and having someone to talk to and share that passion with means a lot to him.  Well, it means a lot to me as well.

Stay tuned for the rest of the cards I got.  I'll be breaking them up into a few posts, but they'll all be up over the next two days.