Let's have some fun

Baseball cards.  If you can't have fun with them, then what good are they?

I'm not talking about putting them in your bicycle spokes (did that when I was a kid) or flipping cards against your friends (did that too). 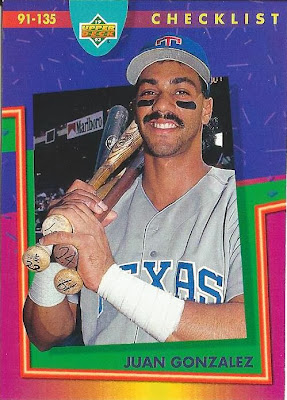 That crazy Upper Deck went and put out a silly, colorful set aimed at kids.  You know what that means?  It's one more group of cards for your average team collector to lay his (or her) mitts on.  Even Juando thinks that's slightly humorous. 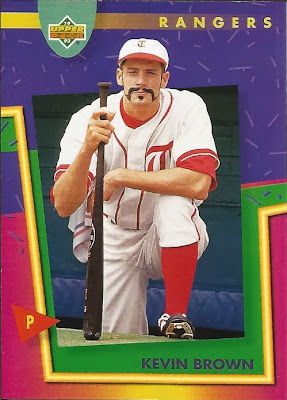 Kevin Brown was never close to a favorite of mine, but I do like this card.  The throwback uniform, the old timey  facial hair.  Not too shabby. 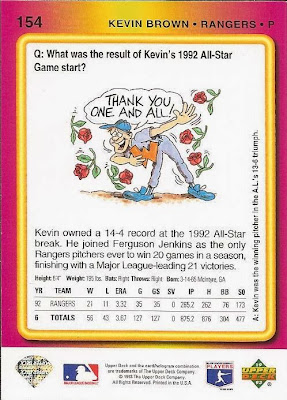 The back of these cards has a cheesy cartoon that goes with the trivia question.  In Brown's case, he was the winning pitcher in the '92 All-Star Game. 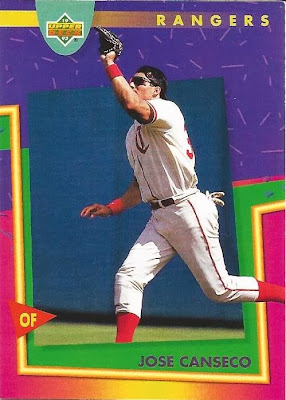 Jose looks ready to use his head again. 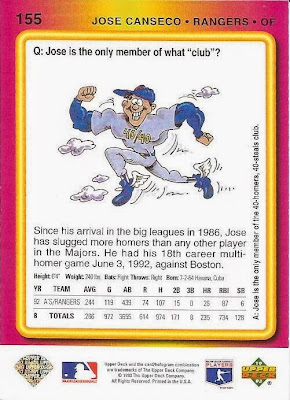 You tell me that cartoon guy hasn't been injecting himself with 'roids.  I don't buy it. 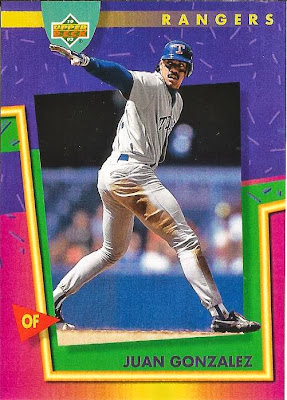 Give Juan a hand.  Any hand.  It looks likes he's trying to balance inside his colorful little fun box. 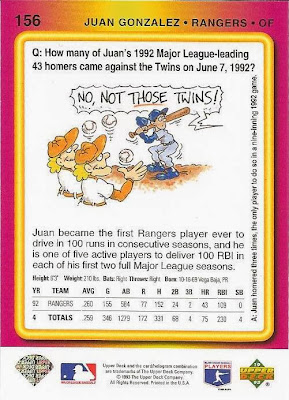 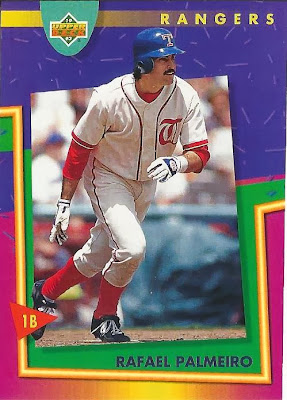 Raffy is sporting the nice throwback uniform.  It really doesn't go with the current (for the time) batting helmet. 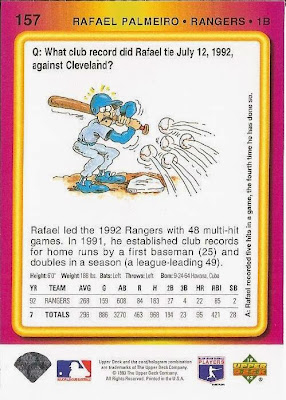 The 5 hit game that Raffy's trivia question refers to has since been passed by Alfonso Soriano and Ian Kinsler who both had 6 hits in a game. 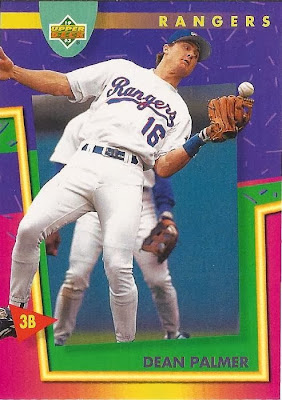 Look, a four legged man made a snow cone catch!  Or maybe a two legged man dropped a pop up.  You're guess is as good as mine. 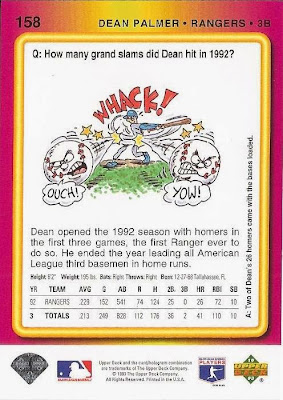 I can almost picture the old Adam West Batman show with the POW, BANG, POOF graphics after seeing this cartoon.   If the cartoon didn't hint at the answer to the question, it's two grand slams for Palmer in 1992.

Well, that sure was fun and I have Jon over at Community Gum to thank for these "Fun" cards.  He sent these over with a bunch of other cards that I'll show off in another post.