My son, collector of USA related cards, received two blasters of 2014 Topps US Olympic and Paralympic Team and Hopefuls for Christmas.

The blasters are billed as containing 7 packs + 1 autograph, relic or commemorative relic card.  Upon opening the blasters, we realized that the auto or relic is inside one of the 7 packs, not a separate pack that is in a different type of wrapper as is so often the case.

1 complete base set (one card was damaged--#83 if anyone has an extra).
24 doubles
15 bronze parallels
8 silver parallels
3 gold parallels
2 Games of the Olympiad inserts
1 Venues insert
1 Olympic Heritage insert

He doesn't care about the blog value of the blasters, but I pulled a few of my favorite cards to post. 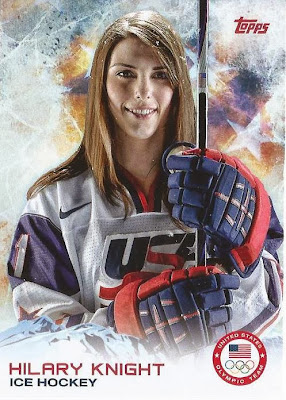 Based on the cards themselves, Hilary Knight gets my vote as the "Olympic Athlete I most want to meet". Cute and tough.  Nice combo. 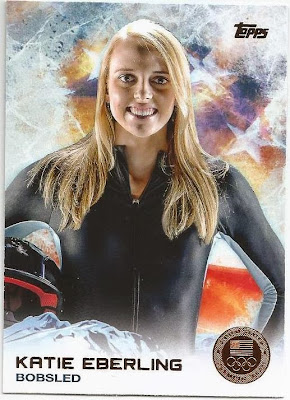 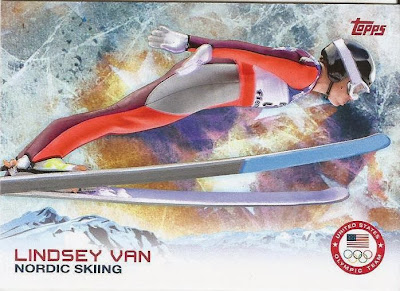 Lindsey Van gets my vote for the best Olympic card ever.  At least in this set.  That card is going to look great with her signature on it. 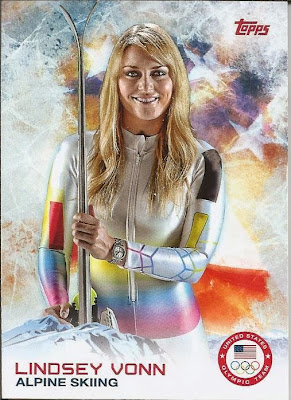 Lindsey Vonn, not to be mistaken with the aforementioned Lindsey Van, also looks pretty darn good in a skin tight suit.  Go Tiger. 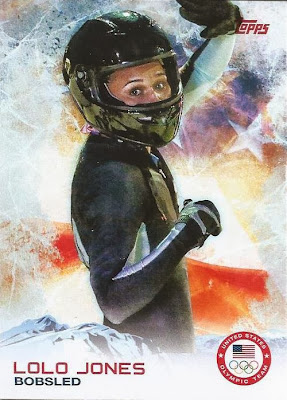 The biggest travesty in the whole set is Lolo Jones with her helmet on.  Bad call Topps.  Bad call. 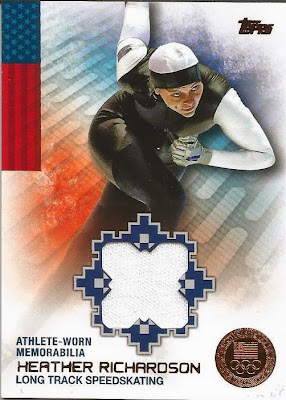 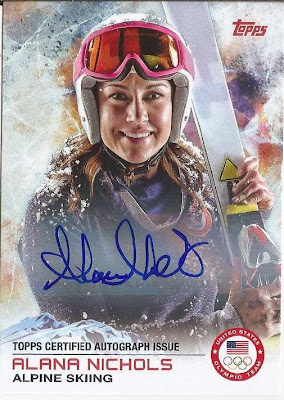 The other blaster gave up a nice auto of Alana Nichols.  Alana was paralyzed from the waist down in a 2000 snowboarding accident, but didn't let that keep her down.  She won four medals, including two golds, at the Vancouver Paralympic Games.

My son wants another complete base set so he can mail some off for TTMs.  I don't know if we could get lucky enough to get another set with two blasters, but he wants to try.  I'll check Ebay for set prices.  That has to be a cheaper route.

If anyone has any of these they don't want, I'll trade baseball for them to support his USA habit.
Posted by Play at the Plate at 7:30 PM