Shopping for Christmas presents makes me blue.  I'm not a fan of the crowds, the commercialism or the incessant "I want" that comes with December.  Don't get me wrong.  I love Christmas.  I'm just not a fan of the way so many people ignore the real reason we celebrate Christmas.

Just walking into Walmart can bring on the blues this time of year.  Like the Topps Walmart blue parallels I received from Robert over at $30 a Week Habit. 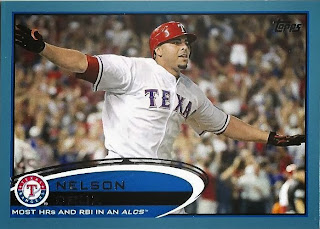 We have the 2012 version of Nelson Cruz hitting one of his ALCS homers from 2011. 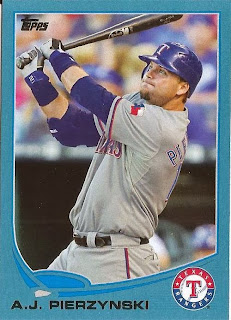 We also have the "1 and done" A.J. Pierzynski from 2013.  I wonder how many players have played only a single season for the Rangers.  I'm not talking about prospects or rookies who just get a few games as the Major League level.  I'm talking about guys who played a full season, but only one, with the club. 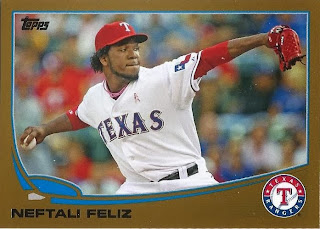 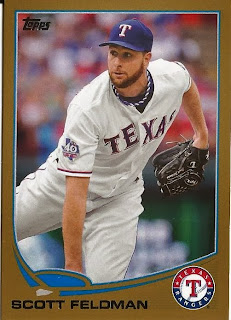 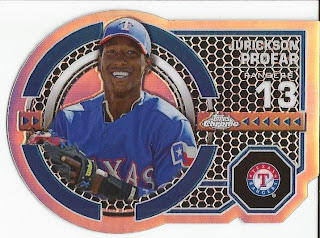 Hey hey, it's Jurickson Profar.  I sure hope he's ready for the big leagues this year.  No more waiting in the minor leagues Profar!  It's time to step up and make an impact for the team.

Robert, as always, thanks for the cards.  They chased away my holiday shopping blues!
Posted by Play at the Plate at 5:30 PM