To recap, my friend, the former owner of my LCS, asked if I would pay X dollars for a stack of cards he had set aside for me.  Seeing as how he gives me amazing deals, I said yes without looking at the cards. Much like a blaster of cards, I looked at them in the car and was astonished to see what he gave me and how little it cost me.

It turned out to be 57 cards and I'll be breaking them down into 6 posts, mostly by year, but I'll also be saving what I consider to be the best 5 cards for the final post.  Let's get to it.

We'll start with 1967 Topps and work our way back. 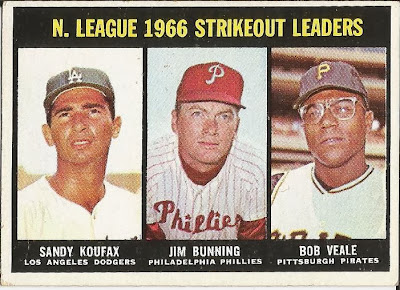 Sandy Koufax let the National League with 317 strikeouts.  Jim Bunning had 252 and Bob Veale placed third with 229.  Bob Gibson just missed the cardboard with 225 Ks of his own. 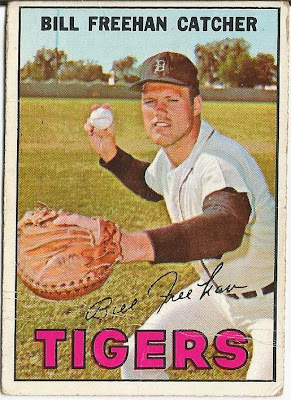 Bring on the catchers.  Some of these cards aren't in the best condition.  This Freehan has a crease across the bottom.  Do I care?  Ummm..no. 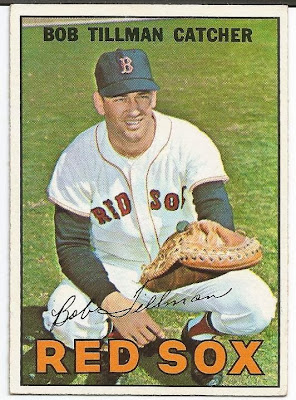 I wish my yard was that green. 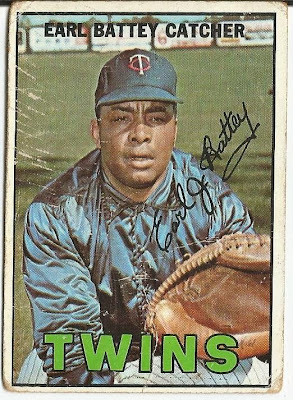 If you read the morning post, you know that my scanner was acting up and put some lines on some of the scans that aren't really on the card.  Well, I have it on good authority that this Earl Battey card was involved in a Great White attack and those "teeth marks" on the left side ARE on the card. 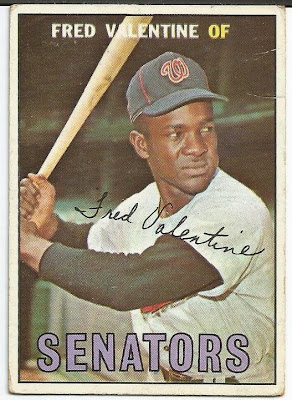 Oooh look, another Senators card.  Be my Valentine. 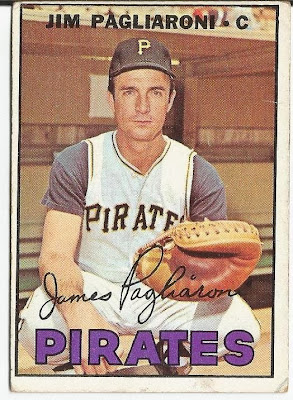 If dugouts were used as backstops, it would keep all the bench players on their toes. 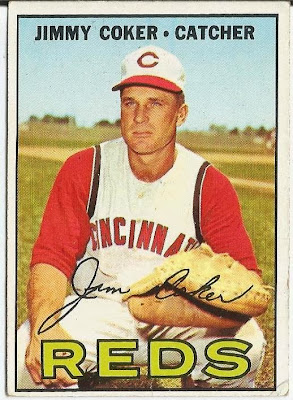 Mr. Coker looks less than happy to be posing for this photo. 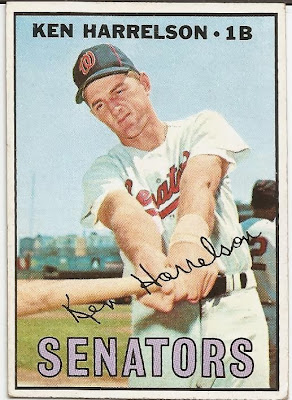 I'd watch my back if I was on the field.  Ken looks to be in a murderous mood. 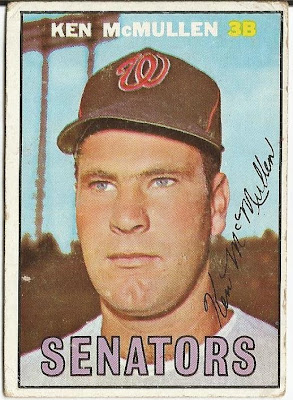 Senators, senators everywhere.  Not the kind that are ruining this country either. 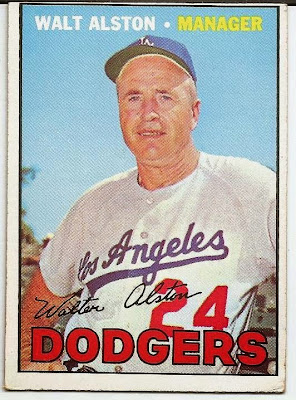 How about some vintage Dodger greatness?  I'll let you in on a little secret.  My friend pulled a number of Dodgers for me in this lot because I'd purchased Dodgers from him before when I was looking for some trade material.  Some of the Dodgers will be available....some won't.