Stickin' with a theme

I thought I'd continue with the military theme and show off the contents of a PWE from Nachos Grande.

He pulled one of those 2012 Goodwin Champions Military Machines recently and I'm collecting them so he was kind enough to send me not one, not two, but three MM cards. 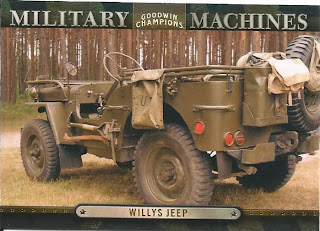 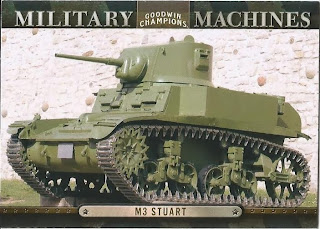 Only 5811 M3 Stuarts were produced, although a number of M3 variants were later made.  These were used in a number of countries and a version is actually still in use by the army in Paraguay. 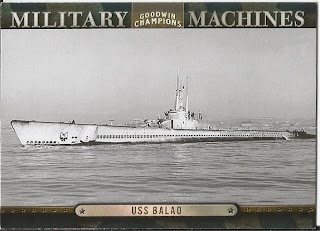 The USS Balao was commissioned in February, 1943 and made 10 patrols during World War II.  She was decommissioned in August, 1963 and was sunk off the coast of Florida for target practice.

Thanks for the cards Chris.  I've got a few Barry Larkins I'll check against your list!
Posted by Play at the Plate at 1:00 PM