The plate giveth, and the plate receivith...or something like that

I happened to win one of the spots in a contest over at Baseball Card Breakdown.  Gavin didn't even make us jump through any hoops.  Or answer questions.

Hmm..note to self.  Have a contest where everyone jumps through hoops.  Umm...where was I?  Oh yea, well, Gavin had a list of prizes and since Night Owl won too and took the sweet Bobby Grich auto, I went old school. 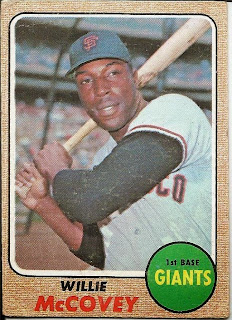 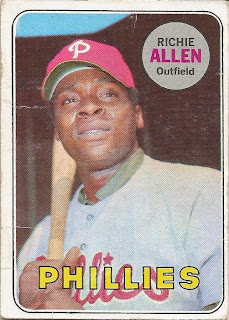 Hey Richie, throw this jersey over your civvies and let's get a shot for Topps.

Gavin threw in a few Rangers as well.  He's cool like that. 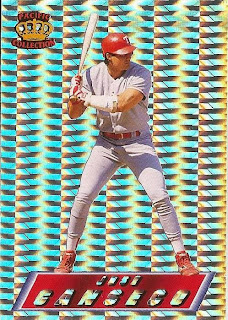 This psychedelic beast is a 1995 Pacific Collection Jose Canseco.  Must be what you see AFTER you inject the steroids.  Wheeeee! 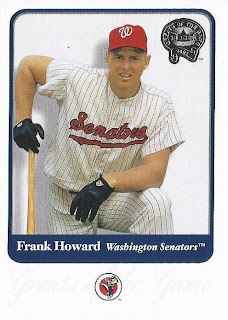 Ok, in all fairness, this isn't a Ranger, but it is a Senator and that's just as good.  Frank Howard was a bad man with a bat and that's why he made it into the 2001 Fleer Greats of the Game set. 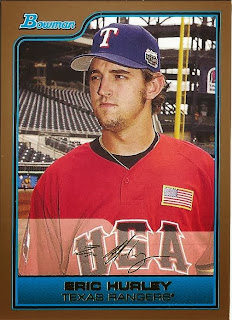 Slim Shady used to be a Ranger.  Well, he looks shady anyway.  And he's all gold and stuff!

How awesome is that pacific Rangers logo card?  I'll tell you how awesome.  It's really, really awesome.

So is Gavin for sending me all these cards.  Check him out at Baseball Card Breakdown.
Posted by Play at the Plate at 7:30 AM