Thanks to my friend the former card shop owner, I have more 1955 Bowman cards than I ever thought possible.

Oops, let the cat out of the bag a little.  I'll just get to the good stuff. 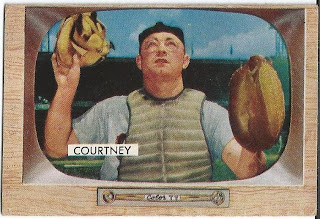 First up, Clint Courtney, Chicago White Sox.  These "TV" set cards were made for catchers. 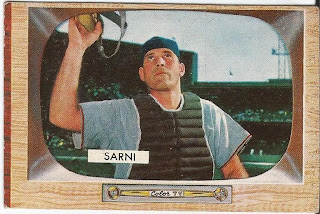 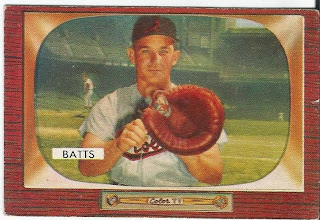 Matt Batts, Baltimore Orioles.  That's a great baseball name.  I noticed the borders on these cards come in the dark brown border like this one and the light brown border like the two above.  Is there anything special about one or the other?  I just noticed Batts was a Texas native. 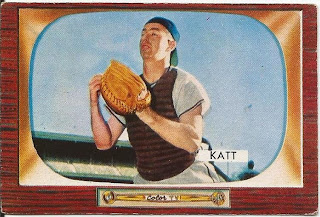 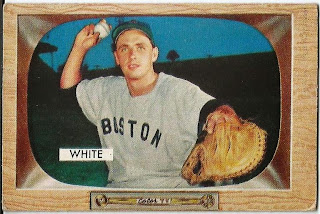 Sammy White, Boston Red Sox.  Would that be a night card? 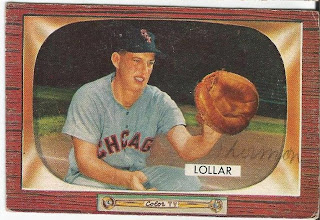 Sherman Lollar, Chicago White Sox.  Someone wanted to make sure everyone knew this was Sherman. They wrote his name on the front in pencil. 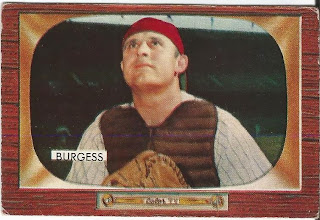 Forrest "Smoky" Burgess, Philadelphia Phillies.  This is my second copy of this card.  The first one came from GCRL. 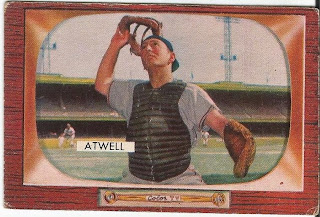 Toby Atwell, Pittsburgh Pirates.  This might be my favorite of all the '55 Bowmans because of the scene behind Atwell.  On the left side, you can see another player and kid on the field.  I wonder what they were doing.

Let's move on to the Dodger portion of this post. 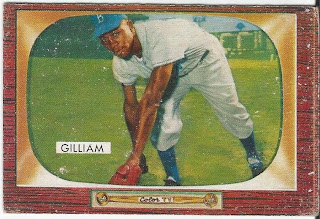 That's not a great job of cropping on the Jim Gilliam card. 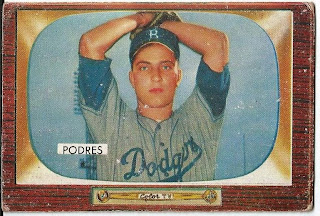 Johnny Podres would have been about 22 here, which explains the baby face. 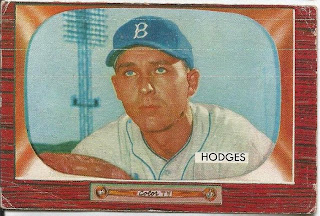 Gil Hodges staring off into the distance.  That's a piece of art right there. 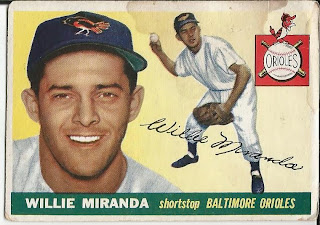