I'm sure you know what's going on by now.

Here are links to the other posts.

I'm sure you just want to see the goods so I'll get to it.

You probably noticed we are moving in reverse chronological order so here are the early 1960's. 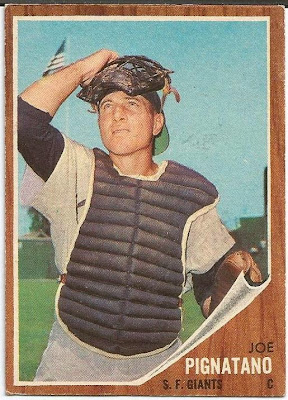 I almost feel like Joe Pignatano (never heard of him) is getting ready for the National Anthem.  He's taking off his mask, there's the flag in the background.  I really like this card.  By the way, Joe played for 6 seasons. He made his way into 307 games for the Dodgers, Athletics, Giants and Mets. 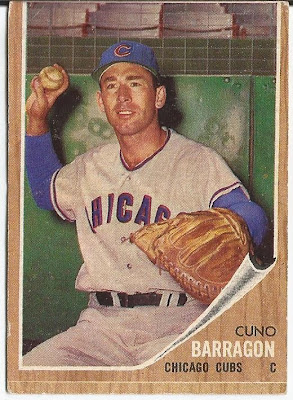 How many catcher cards show the catcher acting the part, but doing it in the dugout?  Maybe that's the bullpen area since the seats are right behind the wire fence.  It's appropriate for Cuno Barragon as he appeared for the Cubs in 10 games in 1961, 58 games in 1962 and only 1 game in 1963.  He has a great name. 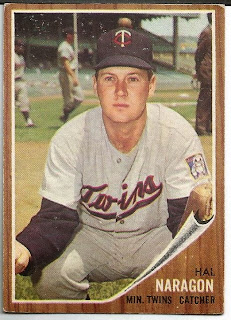 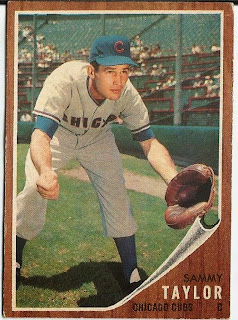 Sammy Taylor had a huge mitt.  That's no euphemism, just look at the thing.  It's enormous.  He's one of the reasons Cuno didn't get much time behind the plate in Chicago. 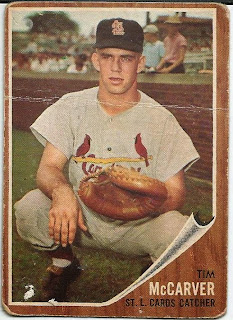 Look how young Tim McCarver looks!  This card is probably in the worst condition of the whole bunch, but I still think it's great. 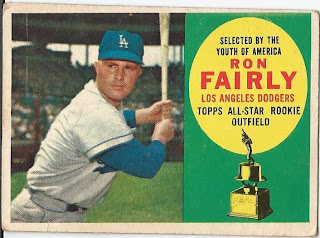 Who does the "Youth of America" think it is?  Who game them the right to select rookies?  They did make a "fairly" good choice with Ron.  *slaps knee and laughs*  Fairly...did you see what I did there? 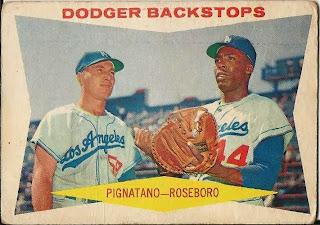 Hey look, I'm a Pignatano super collector!  This is one of my favorite cards of this lot.  I'm all for more cards of  backstops.