Say hello to my little friend

It's funny how baseball cards can introduce you to a player.  Say for example, you bought a lot of recent baseball products, you probably pulled a number of Puigs.

That's not supposed to sound dirty, but it does.

Well, a certain Night Owl was recently introduced to one of my team's players in a big way. 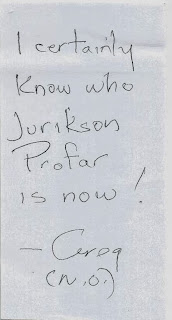 Don't you love getting little hand written notes in your trade packages?  I wish I'd saved all of them over the years.  I'd have a binder full. 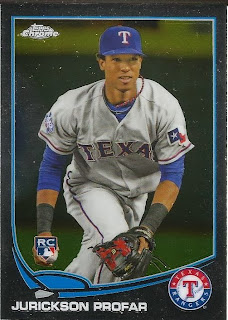 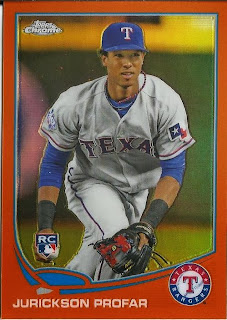 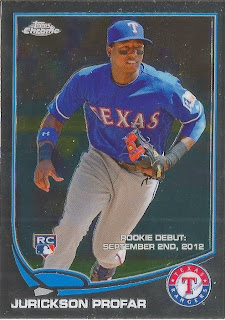 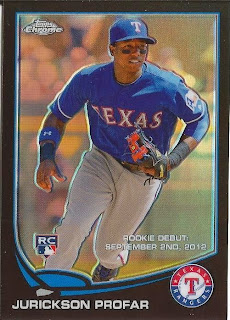 For a minute there, I was thinking Night Owl could be a Profar supercollector. 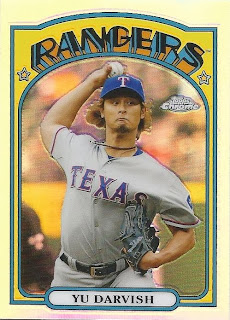 He also sent me Yu "Dude looks like a lady" Darvish. 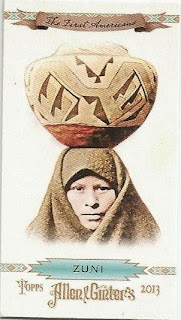 My wife is 1/ 4 Native American so I thought I'd complete The First Americans mini set from 2013 Ginter.
It might help if I was organized and knew which ones I still needed. 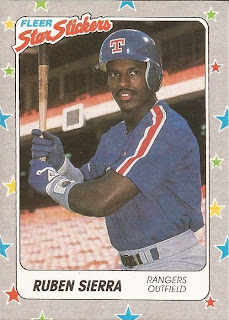 I thought we'd wrap up this Night Owl trade post with this sweet Ruben Sierra Fleer Star Sticker.  Night Owl always manages to slip some little oddball goodie into a trade package.  It's much appreciated of course.

Thanks for the cards Greg.  I do appreciate them!