Recently, I got a little side gig that pays me a whopping $80 a month for less than 2 hours of work.  It takes me about 20 minutes every Friday morning and involves a little yard maintenance in my neighborhood.  The nice thing is it gives me a little guilt free money to spend on cards.  I took the first check and spent some most of it on three blasters of 2012 Archives.  The blasters come with 8 packs and that includes the ridiculous "EXTRA" pack.  Just call it 8 packs already Topps.  You're not foolin' anyone.

I'm going to give you the highlights of all three blasters this weekend.  Feel free to request any of the inserts, but I've already earmarked some of them for on-going trades.

First up, the Rangers. 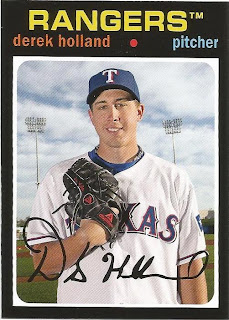 Derek Holland, 1971 style.  I went ahead and took a black marker and colored in the edges so it would be like a real 1971 Topps card.  I kid! 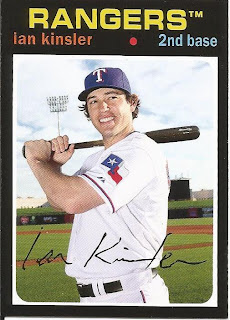 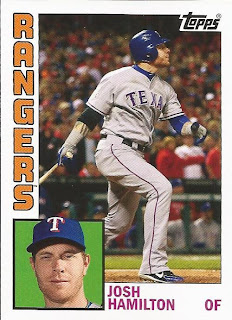 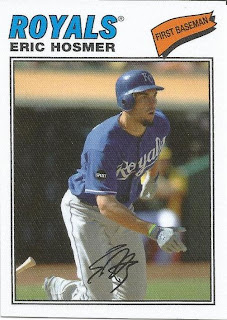 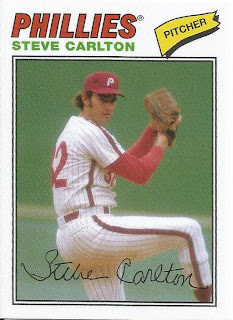 and Steve Carlton.  I'm so tempted to stick these on my bookshelf.  I don't think my wife would like it much. 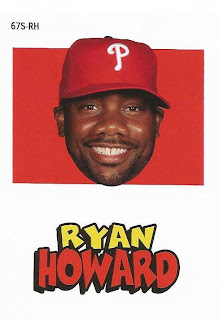 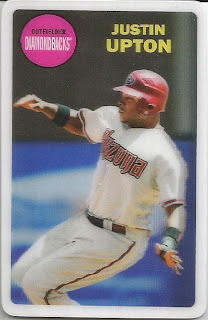 My favorite insert out of the first blaster was the 1968 3D Justin Upton.  Not for the player, but I like the Kellogg's like feel to the card.  These fall 1:8 packs so you should get one per blaster on average. 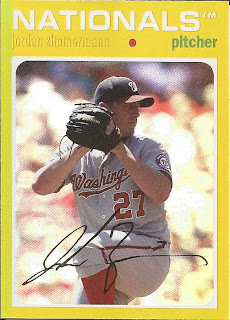 This is the hard-to-scan well Archives Base Gold Rainbow Foilboard Parallel.  Really Topps, is that the best title you could come up with?  Hey Cardboard Junkie, we need a different name for this thing!!  I pulled Jordan Zimmerman.  These fall 1:12 packs and look much better in person than they do in this scan.

I didn't scan my SPs or Reprints because I scanned the cards before I knew anything about them.

Reprints and SPs are included at a rate of 1:4 packs.

My Reprints were the 1976 George Brett and the 1972 Brooks Robinson.
My SPs were Shawon Dunston and Sid Bream.

That's it for my first blaster.  Overall, I like the cards much more than I Lineage.  Of course Lineage had those groovy 1975 Minis.

Blaster #2 will be up tomorrow.