I don't know about you, but I don't buy enough hobby packs to send in for those redemption packs.  You know the ones, where you send in a box worth of wrappers and Topps sends you a pack with some special parallels.  As a matter of fact, the only time I've ever sent wrappers in was when I "won" some wrappers in a case break.

Earlier this year, the boys over at Community Gum busted 5 Jumbo cases of 2012 Topps.  That is not a typo.  I think I might actually get tired of busting packs before that was over.   At any rate, after busting all those Jumbos, they sent in the wrappers and ended up with 21 of the Gold Rush Packs.  Wouldn't you know it, they pulled some cards I like. I mailed them a little envelope and they mailed me the cards, which I'll show at the bottom of this post.

Being the generous guys they are, they also sold a card pulled in a group break and used the proceeds to buys a box and give away the teams.  Here are a couple of the better Rangers I got from their box of 2003 Leaf. 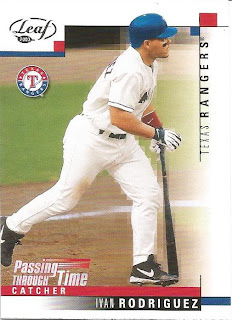 2003 Leaf Ivan Rodriguez Passing Through Time.  I should have scanned the back of this one because it has  the 1993 Leaf Pudge. 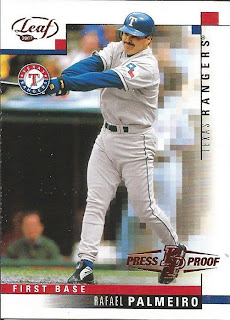 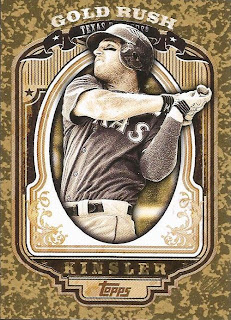 Ian Kinsler got his own pot of gold last month when he signed a 5 year, $75 million contract extension. 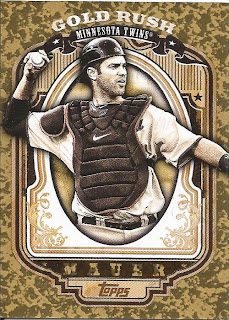 In 2010, the Twins gave Joe Mauer a $184 million, 8 year contract extension.  I like Joe Mauer, I collect Joe Mauer, but it's looking like that contract was a mistake. 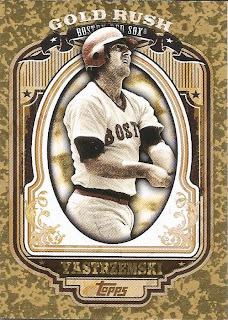 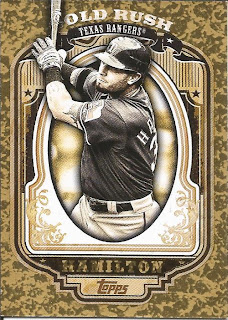 Josh Hamilton is making over $13 million this year.  Peanuts.  That's just peanuts compared to what he'll get this off-season if the Rangers can't sign him before he hits free agency.  He's leading the Majors in the Triple Crown categories.  Not just the A.L.  All of baseball.  He's hitting .400, has 18 homers and 44 RBIs.

Thanks again to Jon and Andy over at Community Gum.  You guys rock.
Posted by Play at the Plate at 5:30 PM