By now you've heard of Josh Hamilton's exploits against the Orioles last night.  He became the 16th player in Major League history to hit four homeruns in a game.  His 18 total bases set an American League record.  I was sleeping through the whole thing.  Sometimes working nights is a real bummer. 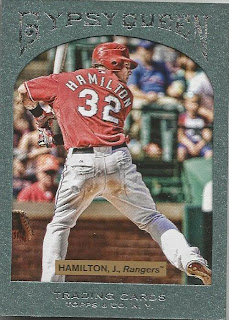 Thanks for another Ranger memory Josh.