Do you feel a draft?

Card drafts seem to be all the rage around the blogosphere right now.  I don't know who came up with the idea, but it's a lot of fun and you can pick up some pretty nice cards on the cheap.  Some people like to focus their drafts on rounds with vintage and hits.  Others like to put a everything on the table at once and let the drafters determine what goes first.

Kyle over at Just a Bit Outside did just that.  He laid out something 400 cards for us to choose from.  I actually bought two spots because we needed one last drafter to get the draft started.  I got 60 cards from Kyle and just picked a few of them to show off. 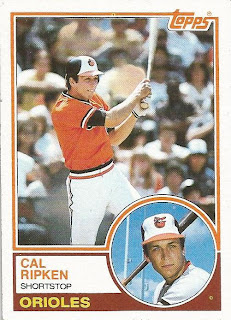 1983 Topps Cal Ripken Jr.  I scored this 2nd year Ripken with the 30th pick overall.  Not too shabby for a guy who was only 118 games into his 2632 consecutive games played streak. 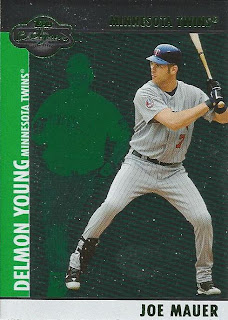 I drafted a bunch of Mauer cards so I don't remember the exact spot I drafted this 2008 Topps Co-Signers Joe Mauer #140/200. 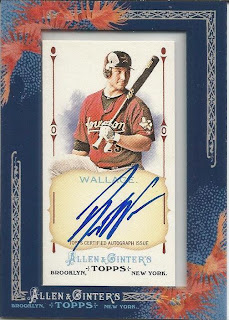 The draft had a number of hits, both relics and autos.  I picked this 2011 A&G Brett Wallace auto with the 24th overall pick. 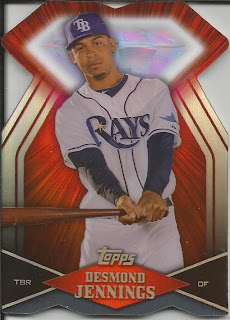 I had the second overall pick in the draft and I used it on this Desmond Jennings Die Cut from last year's Diamond Giveaway from Topps.  It's destined for the Troll if he doesn't already have one. 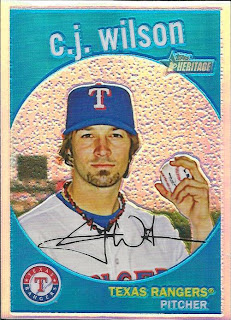 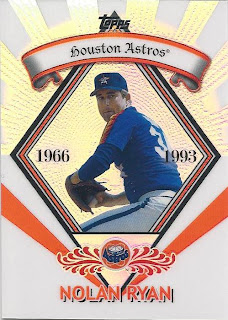 The 52nd pick of the draft landed this beautiful Nolan Ryan Refractor in my hands.  I think this is one of those Cereal Box Refractors they put out in 2009.  I say I think, because I can't remember if it is or not.

There are a few drafts in the process of getting started if you're interested.  I know JayBarkerFan is kicking one off soon and Wicked Ortega was trying to drum up interest.  If you haven't done one, it's worth a shot.

Thanks for the great cards Kyle!
Posted by Play at the Plate at 7:30 AM