2012 Archives Blaster #3: Who is Lonnie Chisenhall?

Here is my third and final 2012 Archives Blaster.  I say final because I really don't feel the need to open any more packs.  Of course, that itch may come back and then you'll see another post if I hit anything good.

Or not so good.

Before I show the Rangers from this blaster, I have to ask one question. 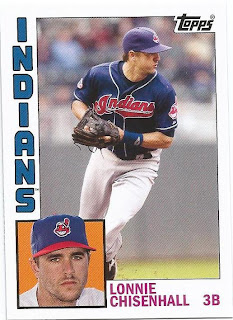 Who is Lonnie Chisenhall and why is he included in this product?  The last relevant item I could find about him said he was hit in the face by a pitch last season. 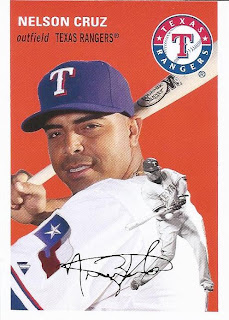 I like the 1954 design and I like this Nelson Cruz.  Nelson wasn't the only Ranger I pulled in this blaster.  I also pulled another Matt Harrison and Elvis Cruz.  I thought I would save you 4 seconds and not show them again.

This blaster had 5 inserts and a hit so it was the best of the 3 by far. 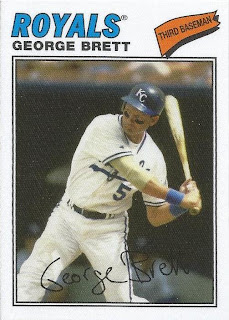 First up is the George Brett Cloth Sticker (1:6). 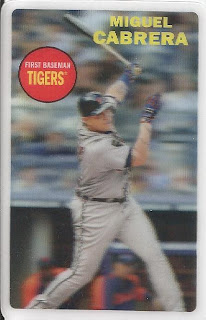 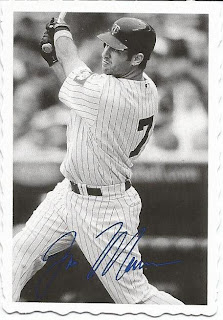 My favorite insert out of all three blasters is this Joe Mauer Deckle Edge (1:12).  I've seen a couple of these on other blogs so it's nice to not need to beg for it. 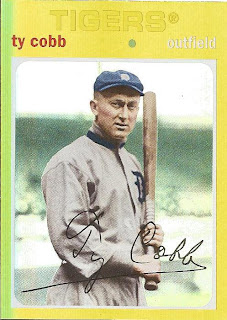 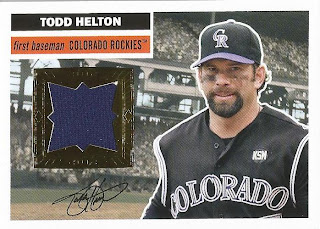 My one and only hit of the blaster trio is this Todd Helton.  Sort of a letdown, but tradeable and purple!  The 1956 design looks weird with a jersey swatch stuck on it.  The relics fall 1:30 packs. 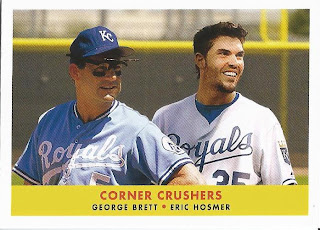 Oddly enough, this 1958 Classic Combo is a tougher pull (1:32) than the relic.  I got the George Brett/Eric Hosmer combo.  I pulled a Kemp/Robinson combo from a rack pack I bought the same day as the blasters.

My two Reprints this time were the 1970 Nolan Ryan and 1986 Darryl Strawberry.  If those names sound familiar it's because I pulled the same two Reprints in Blaster #2.

My SPs this were Cecil Fielder and Brett Butler.

That's it.  I'm not done collecting this set, but I'll do my best not to buy anymore.  I've got to start saving for Gint-A-Cuffs IV!