They saw me coming

I went off in search of a blaster of Olympic cards groceries and found a value pack of 2012 Bowman. 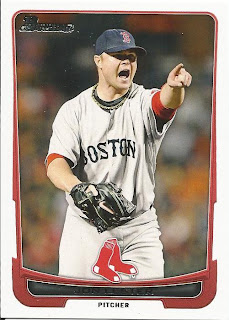 Jon Lester was on duty and saw me coming.  "Hey, there's another sucker!"  I always like to try out new products as long as they meet one qualification:  they aren't made by Panini.  My value pack was different than the blister packs I've been seeing around the blogs.  It had the same stuff, it just looked more like the classic rack pack.  It had the standard three 10 card packs plus the 3 purple parallels.  Ol' Lester was in one of the packs. 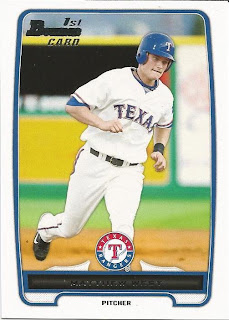 My Lone Ranger was Matthew West.  I thought it was strange to see a minor league pitcher running the bases, but West is a converted infielder and made his pitching debut at Spokane last season.  He went 1-2 and had 9 saves. 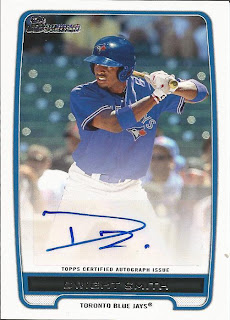 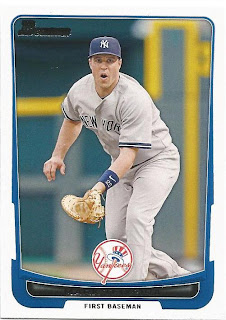 I wouldn't normally scan and show a Mark Teixeira card, but that expression pretty much sums up my feelings about Bowman.  I do get why some people love it.  If you're into prospecting, this is perfect for you.  If you like sending out TTMs to minor league players because they respond better than major leaguers, I get that too.  I should give Topps credit for moving away from the black border.  The white border is a refreshing change.

I didn't scan the purple parallels, but I didn't get anyone I wanted to keep.  I'll be inserting those into random trade packages.

I'll be looking for any Rangers from the set, so if you have any that I don't have (see above) then let's talk.

Now, has anyone seen any Olympic blasters?  That's what I want to be spending my money on right now.