Gypsy Queen vs. Vintage: Round 8, The Pre-Finale

That title was a mouthful wasn't it?  I'll explain the "pre-finale" part in a minute.  Let's get to the goods in this comparison of a $40 purchase of GQ blasters and a $40 vintage purchase from Blowout. 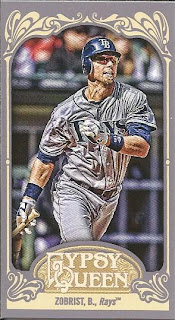 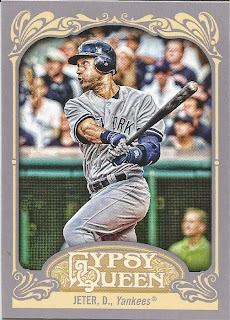 Jose Tabata, Pirates
Jarrod Parker, A's.  It's not good when I have to look at the back to see what your first name is.
Brandon McCarthy, A's.  Two A's in row...yay.
David Robertson, Yankees.  I'd rather have pulled another A's player. 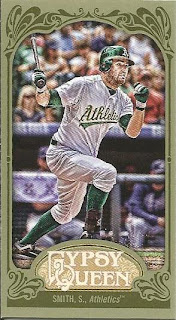 Seth Smith, A's Green mini.  Ok, what did I JUST say about pulling another A's player?  Well, at least my son likes this guy from our trip to see the Rockies summer before last. 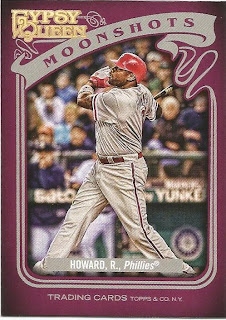 Ryan Howard, Phillies Moonshots.  On a positive note, Pujols is only one homer ahead of Howard this season. 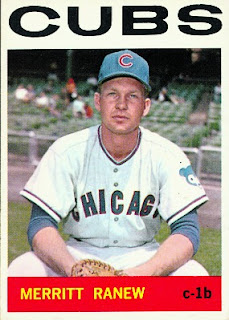 1964 Topps Merritt Ranew.  I wrote about Merritt on the last post. 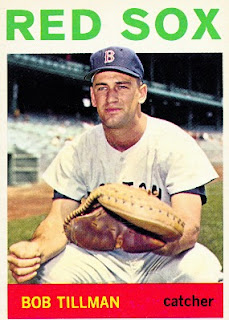 1964 Topps Bob Tillman.  Tillman's career numbers aren't great, but he did play in 775 games during his 9 year career.  The Red Sox sold him to the Yankees in 1967 and he was later traded, along with Dale Roberts, to the Atlanta Braves FOR Bobby Cox.  That just sounds weird. 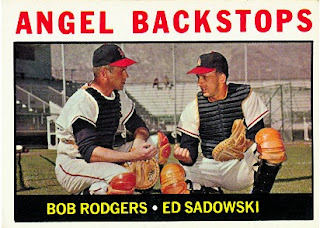 1964 Topps Angel Backstops Bob Rodgers and Ed Sadowski.  I tried to trade for this card on the Diamond Giveaway site repeatedly without success. 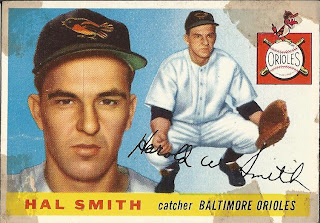 Ok, so this is where vintage pack 16 should go.  This is also where the "pre-finale" comes into play.  The last 4 vintage cards, plus what I earlier referred to as the "bonus" card, deserve a post of their own and I'm going to make that happen for them.

I'll post them tomorrow.  Stop by if you get the chance.  I don't think you'll be disappointed.