You call that a value pack?

That's what I have over my latest purchase.

I meandered over to the card aisle at Walmart, knowing full well there wouldn't be any Olympic cards or the new Topps Archives.  So I didn't buy anything, right?  Wrong.

I bought another one of those Bowman "Value Packs".  I don't know why I did it, but I did.

At least I got some Rangers this time. 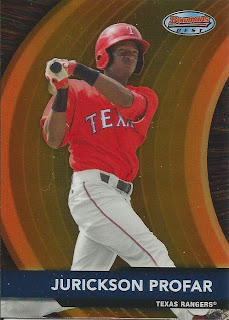 The first of the three packs had this Jurickson Profar Bowman's Best.  Profar is having a nice season so far at Double A Frisco, hitting .300  with 5 homers and 21 RBIs.   He just recently had a 29 game hitting streak. 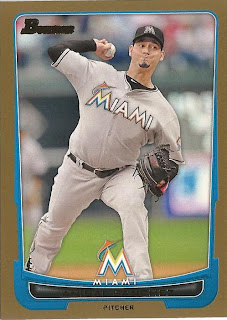 Normally I wouldn't post an Anibal Sanchez card, much less two of them.  I just thought it was funny that these were back to back in the same pack.  The gold... 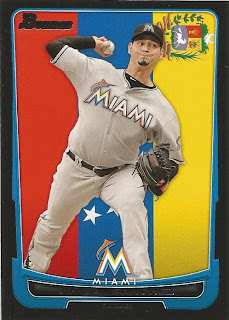 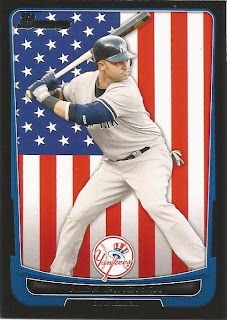 The last pack had another International parallel, this time of Nick Swisher.  Yay, another Yankee.  *Sigh*  This one is going to the Lost Collector, along with my other Bowman Yankees if he still wants them. 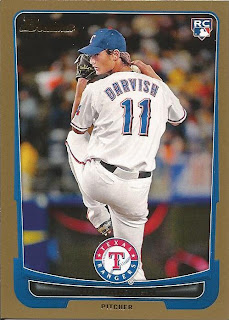 The last pack also had this little beauty.  Darvish was roughed up by Seattle yesterday.  That's twice this season the Mariners have done that.

I think I need to stay away from the card aisle for awhile.  I need to save my money for this anyway!