My newest, rarest and most favorite piece of cardboard

This is the finale of the Gypsy Queen vs. Vintage battle.  This has been one of the least viewed things I've ever posted, but I think it was worth it in the end.  You see, what amounts to the last vintage "pack" plus the bonus card, are firsts for my collection.

The seller I bought the lot of vintage catchers from posted a lot of 1951 Bowman cards.  It was a decent sized lot and I commented that I'd be interested in the catchers if he didn't get a buyer for the whole lot.  He contacted me and offered me 5 of the Bowman cards plus all the other catcher cards you've seen here the last few days.  Here are the very first 1951 Bowman cards I've ever touched, much less owned. 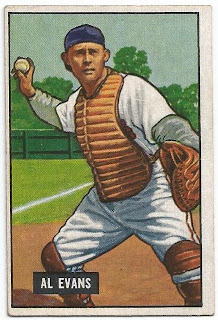 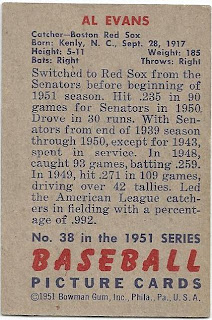 Evans played 12 seasons, all but the last with the Washington Senators.  He signed with the Cubs in 1952, but never played a game for them. 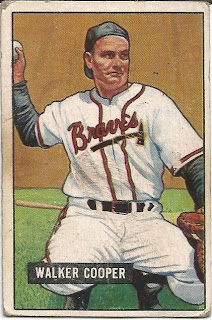 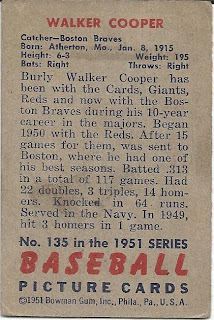 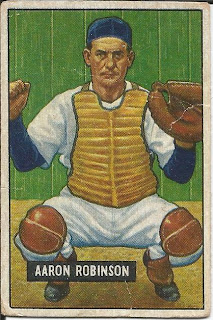 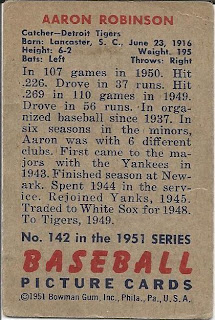 Robinson had an 8 year career that saw him play with the Yankees, White Sox, Tigers and Red Sox. 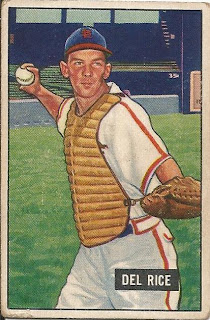 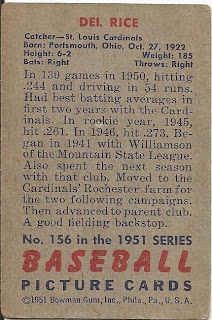 Rice played 17 years (1945-1961), primarily with the Cardinals.  His 1960 was quite a whirlwind.  Between June and December of 1960, he was released by the Cubs, signed yet again by the Cardinals, put on waivers and claimed by Baltimore, released and then signed by the Angels.

I am thrilled to have these cards in my collection.  They are great, but not as great as this next card. 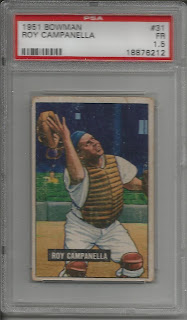 I'm not a big fan of slabbed cards and I may bust this one loose, but I am truly amazed that I got all those other catcher cards AND this 1951 Bowman Roy Campanella for $40.  This is my new favorite card.  Not just in this lot, but in my whole collection.

Thanks for following along with the GQ vs. Vintage posts.  It wasn't really a contest at all and I knew the vintage lot was way better than the two blasters.  I didn't set out to seriously compare the two, but I happened to make the purchase at almost the same time and thought it would be interesting to see how the value broke down.
Posted by Play at the Plate at 5:30 PM